Three lay members of The Catholic Foundation of Central Florida’s Board of Directors have been awarded a papal honor by Pope Francis for their contributions to Catholic life and community service. They were honored in November at the Basilica of the National Shrine of Mary, Queen of the Universe, in Orlando. “Catholic social teaching provides wisdom for building a just-and-prosperous community,” says Kimberlee Riley, the foundation’s president. “Our board members exemplify our faith with their service to our communities.”

Pope Francis honored these Board Directors as follows:

Established in 2008, the Mother of God Medal is bestowed upon local Catholics who display extraordinary leadership and service, especially in the areas of enkindling a deeper faith, forming leaders in Christ and harmonizing ministries to the mission of the church. Kevin is a distinguished leader who actively supports Catholic Schools and our faith community through his dedicated service to The Foundation’s Board. Kevin is the President of Daytona Beverages, LLC, distributors of Anheuser-Busch brands and other products. He attends Prince of Peace, Ormond Beach.

Kevin serves the community as a board member of the United Way of Volusia County, The Daytona Beach Chamber, The Mayor’s Task Force on Special Events, Civic Pride, and numerous other civic and charitable activities. Kevin also assists with organizing the annual Michelob Ultra Invitational Golf Tournament benefiting the Boys & Girls Club of Volusia/Flagler Counties, which has provided more than $1.5 million to their clubs.

This is one of the highest honors the Holy Father can confer on any member of the Church. It is a wonderful recognition, directly from the pope, of sustained and outstanding service to the Catholic faith. James is founder of J.A. Croson L.L.C., a plumbing and HVAC contractor, who contributes his time locally and abroad. In Central Florida, James serves the community through the Rotary of Mount Dora, and cultural arts through The Mount Dora Theater. His generosity and service has reached not only the local church but also Franciscan missions in Paraguay where he provided funding to build a sports center for impoverished children. 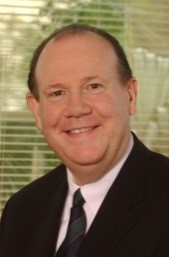 The award was founded by Pope Gregory XVI in 1831. It is bestowed upon Catholic lay men and women who have made outstanding contributions to the Church and community. Allan is the Chairman and CEO of The Keewin Real Property Co., a real estate development, investment, and brokerage company based in Winter Park. He attends St. Margaret Mary, Winter Park. Allan is a founding member and past chair of The Catholic Foundation of Central Florida. He chairs the Diocesan Real Estate Committee; serves as a member of the Diocesan Debt Reduction Committee; and helped to rebuild a church destroyed by a hurricane in Haiti.

The Catholic Foundation inspires giving to fund God’s work throughout the Diocese of Orlando’s nine-county area. Since its founding in 2007, the independent 501(c)(3) nonprofit foundation has partnered with generous donors and pastors to collectively raise more than $438 million. We help individuals and organizations engage in philanthropy in a faith-filled way through socially screened endowment options. This has provided parishes, schools and Diocesan entities the ability to offer faith-formation experiences for children and adults, and necessary renovations and expansions of churches and community centers. These resources foster Catholic School education, prepare seminarians for the priesthood and support retired priests. Additionally, these funds support health, housing and food assistance in the nine counties of the Diocese of Orlando.